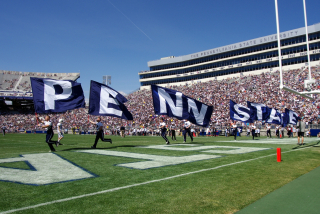 “The Paterno estate’s lawsuit against the NCAA may be resolved without going to trial.”

The 2013 lawsuit alleges claims of commercial disparagement, defamation, tortious interference and conspiracy. These claims were based on the use of the Louis Freeh report commissioned by Penn State in the NCAA’s consent decree for sanctions with Penn State, concerning the university’s handling of reports of child sexual abuse by Paterno’s former assistant coach Jerry Sandusky.

Specially-presiding Senior Judge John Leete of Potter County recently granted a joint request by the Paternos and the NCAA to file under seal motions for summary judgment and response and reply briefs.

Wealth Advisor reported, in its article titled “Paterno Heirs Move Toward Closure,” that attorneys for both parties filed a joint motion, asking the judge to file under seal “forthcoming dispositive motions.”

That means they’d ask the judge to decide the case, as well as supporting, responsive and reply briefs for those motions.

“The parties anticipate that the motions, responses, replies and supporting briefs will contain portions that have been designated ‘Confidential’ or ‘Highly Confidential'” under a protective order issued by Leete in 2014, Paterno attorney Thomas Weber and NCAA attorney Thomas Scott wrote.

The parties will file redacted public versions at the same time as the sealed documents.

Paterno was fired as head football coach of Penn State in November 2011, after the Pennsylvania Office of the Attorney General revealed the grand jury presentment recommending charges against Sandusky. Sandusky had already retired from his position as the Nittany Lions defensive coordinator, and Paterno died two months later of lung cancer.

The consent decree was replaced, and most of the sanctions were repealed or terminated early. The Paterno estate alleges that the report and sanctions resulted in damage to commercial interests and values, and harmed the former assistant coaches’ ability to find similar work.

Posted by Cheryl Chapman Henderson, LLC on 07/10/2017 at 06:30 AM in Asset Protection, Probate Attorney, Probate Court, Trust and Estates | Permalink