“On May 25, the Nevada Supreme Court reaffirmed that Nevada has the most protective trust laws in the nation, by rejecting Lynita Sue Nelson’s claim for alimony and child support to be taken out of a self-settled spendthrift trust established by her husband, Eric L. Nelson.” 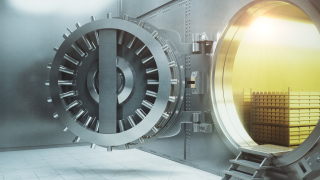 Wealth Advisor’s article, “How Nevada Became America's Safest State for Wealth Protection,” explains how the court ruled that Nelson still had to pay $800,000 in alimony, back child support and tuition for his daughter’s private school education.  However, this was to come from his personal assets, rather than the trust he created.

The Nelsons had divided their assets in 1993, with the aim of shielding the wife from riskier assets in their portfolio,  such as casinos and liquor licenses. When the state legislature enacted laws enabling them, they placed their separate assets into two self-settled spendthrift trusts.

A self-settled spendthrift trust is a form of irrevocable trust which names the grantor as a beneficiary. These trusts are structured so that neither the grantor nor his creditors, have the power to access trust assets. The trust also delegates authority for distributions to an independent trustee.

In the event that a creditor or spouse brings suit against the grantor for assets in the trust, the trustee can’t make any distributions. The trust assets are protected, unless the law allows exceptions (some state statutes do, for alimony and child support). The Nevada case asked if these exceptions would be allowed.

Eric and Lynita Sue Nelson were both residents of Nevada. Their assets included both liquid assets and real estate, all of which was located in Nevada. Questions are raised about individuals who live outside Nevada or hold assets out of state.

The question would be whether the court would enforce it, raising issues of choice of law and one state recognizing another state’s judgments.

The case reaffirms Nevada’s standing as the most protective state for trust law.