Tax Reform is set for the Next Big Battle in DC

“Some of the proposals being floated on Capitol Hill would change when retirement savings get taxed or alter the amount of annual contributions.” 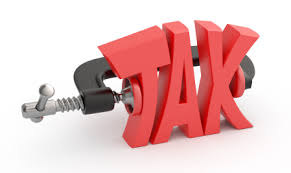 The battle over tax reform is beginning to get personal, says CNBC in its recent article, “Tax reform could change the way you save for retirement.”

The Trump White House and Republicans say they want to streamline the tax system, by allowing Americans to file their returns using just a large postcard. To do that, they’re thinking of eliminating most of the individual deductions, except for mortgage interest and charitable donations. The White House then said that it would also preserve the deduction for 401(k) contributions. However, the Save our Savings Coalition is concerned that this could come with some large exceptions. Deductions for retirement contributions are worth $583.6 billion through 2020. That source could be hard for lawmakers to resist as they look for ways to pay for the tax cuts.

Individuals can now defer taxes on the money they save for retirement, until it’s withdrawn. That encourages households to save, since their tax rate is usually lower during retirement than when they’re working and saving.

However, there are proposals on Capitol Hill that would change when that money gets taxed. One plan permits half of the allowable retirement contributions to be taxed up front. However, households would be able to withdraw the money in retirement tax-free, like a Roth IRA.

Senator Jeff Flake, R-Ariz., and Representative Dave Brat, R-Va., introduced a bill that would create a new universal savings account in which consumers could contribute $5,500 after taxes. Unlike a retirement account, withdrawals could be made at any time tax-free with no penalties. This was included in the House blueprint for tax reform.

Another proposal that’s frequently discussed is capping the level of deferred contributions. The current limits are $18,000 a year for a 401(k) and $5,500 for an IRA (with annual adjustments for inflation). That’s been identified as a potential revenue raiser. This is critical because Republicans say that tax reform will be revenue neutral (any tax cuts will be paid for with revenue from somewhere else). The GOP plan would consolidate households into three tax brackets of 12, 25 and 33% in a move that would lower the top rate by 6.6%.

The Tax Policy Center stated that the decrease in personal rates alone would cost $2.6 trillion over the next 10 years, without factoring in the impact of economic growth.

Reference: CNBC (June 29, 2017) “Tax reform could change the way you save for retirement”