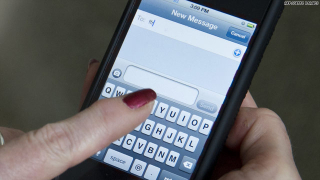 The United Kingdom's Law Commission has recently recommended major changes to how courts in that country handle estate cases.

In the U.S., laws about what constitutes a valid legal will have not changed very much since the Declaration of Independence. Most states still follow the old English law that a valid will must be signed by the testator in front of two witnesses, who must also sign the document.

If this procedure is not followed precisely, then a document is not a valid will that can be considered by a court.

However, the United Kingdom's official government legal advisors, The Law Commission, are now suggesting changes to that old way of doing things, as The Telegraph reports in "Could a text become your will? The plans to revolutionise 'outdated' legacy system."

If the changes become effective, judges in the U.K. could look at other evidence to determine what a deceased person intended to do with his or her estate. For example, if the deceased left behind a voice mail or text message concerning the estate, then the judge could take that into consideration and use it in making a judgment.

The purpose of the old rules was mainly fraud prevention.

Judges who did not know the deceased, could rely on the testimony of witnesses to establish whether the will was legitimate.

What was the thinking behind the recommended changes? With digital technology, judges can more adequately make a determination of legitimacy without the need for witnesses.

Reference: The Telegraph (July 13, 2017) "Could a text become your will? The plans to revolutionise 'outdated' legacy system