« How Will You Solve the Retirement Puzzle? | Main | Reverse Mortgage Rules Change Again »

“Thomas Ellis is in a south Mississippi prison serving a 45-year prison sentence. However,  he filed a lawsuit to try to stop the woman who bears his father’s last name from claiming his late father’s Social Security benefits.” 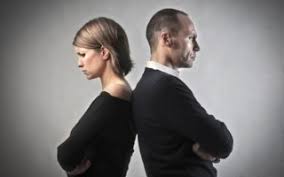 Thomas Ellis claims that Maria Jackson, also known as Maria Ellis, has no right to his father’s benefits, because she was never legally married to him.

The Clarion-Ledger’s recent article asks, “Is common-law marriage legal in Mississippi?” According to the article, Maria Ellis was listed in Cleveland “Doc” Ellis’ obituary in 2015 as his wife of 60 years. A family member also said the couple was legally married in the 1990s, and that Thomas Ellis was probably in jail and didn’t know the couple got married.

Ellis filed the handwritten lawsuit himself.  He claims that his father’s first and only wife was Carrie Ellis, who died in 1985. His father separated in 1954 from Carrie Ellis, but they never divorced.

Doc Ellis and Maria Ellis lived together from 1955 until his death in 2015 at the age of 88. The big question is whether the couple’s relationship was under the purview of the abolished common-law marriage law in Mississippi or whether they were they legally married.

Mississippi abolished its common- law marriage statute in 1956 and it hasn't been recognized in the state for some time. An unmarried person living with another, now isn’t entitled to the other person’s benefits, property or any assets.

Common-law marriage is thought to result when two people live together without going through the official process of obtaining a marriage license.  They are married by a minister or another person authorized to conduct a marriage.

One retired Chancery Judge contends that if a common law marriage was established before common-law marriage was abolished as a legal marriage contract, it would be recognized as legal at any point thereafter.

However, the judge said the issue is whether a common-law marriage was established in the case, before it was no longer legal.

A federal judge dismissed Ellis' lawsuit last month.  However, U.S. District Judge Tom Lee dismissed the lawsuit without prejudice, so it can be refiled.