What about a Trust? Do I Need This?

“Do we need a trust? This is one of the most common questions people have when they start to discuss their estate planning needs.” 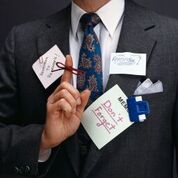 A trust is a legal vehicle for managing financial assets for the benefit of you and/or someone else. The property owner (the grantor or settler) transfers legal ownership to the trust, and a person or institution (the trustee) manages that property for the benefit of the beneficiary. It sounds pretty clear cut, but it can get complicated.

Trusts are used primarily to save on estate taxes. This depends on the type of trust and the size of the estate. A trust may impact estate taxes, but that’s determined by the tax law in effect at the time the grantor dies. The same is true of income taxes.

My estate is too small for a trust. Regardless of the estate size, trusts can be used to manage assets and control their distributions in a private way. This is because they aren’t public like probate court. A trust can contain provisions to manage your assets, if you become incapacitated and are no longer capable of doing so yourself.

Trusts limit your flexibility. This is not necessarily true. It is because a revocable trust can remain under your control as trust creator and be modified as you want in your lifetime.

You must designate a friend or relative as trustee. Perhaps. The trustee must manage and distribute trust assets according to the terms of the trust.  However, not everyone is up to the task of being a trustee. Designate a successor trustee, in case the primary trustee is unable or unwilling to serve.

A trust will protect you from creditors. Some trusts are specifically designed to protect a grantor from creditors, but not all of them do this. Asset protection can be very complicated and expensive.  Therefore, if you need to have these protections, work with an experienced estate planning attorney.

“If a prosecutor can prove a vulnerable adult or senior citizen suffered any injury at the hands of a caregiver, lawmakers in Michigan want to be able to charge that person with a felony crime.” 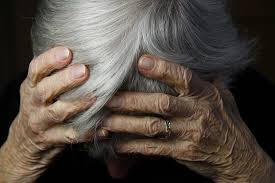 Legislation recently introduced in Michigan's House of Representatives would toughen the penalties for somebody who "assaults another person that he or she knows or reasonably should know is an elder adult or vulnerable adult" which "causes physical injury, pain, or mental suffering" to them. The individual would be guilty of a felony punishable by imprisonment for more than four years or a fine of not more than $5,000.

The issue is timely and important, after a former Grand Rapids Home for Veterans caregiver Laurie Botbyl was convicted of a misdemeanor last month. With the new proposed law, prosecutors could have sought a felony charge against her.

A video obtained by a news outlet last year shows a fight, as Laurie Botbyl tried to get 83-year old veteran Maynard Mathers under control, while he sat in a wheelchair inside the Grand Rapids Home for Veterans. Immediately thereafter, Botbyl placed both of her hands on the chair's handles, pulled the chair in and pushed the wheelchair forward out of her control. Mathers was injured after the incident. But the local prosecuting attorney said his office didn’t have crucial medical evidence to move the case forward in early 2016 and didn’t indict Botbyl. However, the case was re-opened after a TV investigative team obtained medical evidence indicating that Mathers had multiple injuries, including a "skin tear" on his leg when he was pushed into the desk in his wheelchair. The evidence prompted the prosecutor to take a second look at the case, which led to the criminal charge being filed against Botbyl. She is scheduled to be sentenced for the crime this fall.

"This is the (legislature) trying to protect seniors as a vulnerable group in our state," Rep. Diana Farrington (R-Utica) said.

"There should most certainly be serious penalties for harming an elderly adult or a vulnerable adult," Rep. Winnie Brinks (D-Grand Rapids) said. "If it helps prevent the kinds of tragic abuse and neglect people suffered at the Grand Rapids Home for Veterans, I will gladly vote for it."