“The lack of a direct fiduciary duty to trust beneficiaries during the life of the settlor does not mean that a trustee is immune from reproach for his or her actions during this period.” 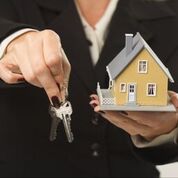 Mildred Vail was a successful California real estate broker who ran her own business and purchased various properties in her area over the years. She had four children—Steven, Michael, Jonatha, and Patricia.

Leagle.com recently published the case of “In re Mildred M. Vail Living Trust.” In this litigation, Mildred executed a Living Trust naming her four children as equal beneficiaries in 2003. The Trust instrument named Mildred as the "trust manager" and provided that her four children would become joint successor "Co-trust managers" in the event of her death, incapacity or resignation. It also gave Mildred the absolute power to revoke or amend the Trust during her lifetime and to add or remove property from the Trust at any time. Mildred placed several properties in the Trust.

In 2006, Steven led an effort to purchase and develop a property on behalf of the Trust. A family meeting was held to discuss the transaction. To obtain the money to buy the property, two Trust rental properties were sold, netting $466,000.

Mildred died on in 2011, at the age of 94. At that time, the four siblings, including Steven, behaved as though they had become successor co-Trust Managers. Steven later testified at his deposition that at the time of his mother's death, he hadn’t remembered her resignation as trust manager, but he later found the document making him the substitute trust manager.

Michael provided Ocana with a witnessed 2011 letter signed by Mildred that stated that Steven has been engaged in "rogue [activities]" and "secretive dealings" and was not authorized to act under her power of attorney. Ocana investigated the claims against Steven and ultimately sold the property at issue. The four siblings then entered into a settlement agreement providing for the distribution of Trust assets.

In 2015, Michael filed a suit accusing Steven of "numerous acts of injury to his mother and her trust involving elder abuse, conversion, breach of fiduciary duty, theft of trust assets, fraudulent transfer of assets, forgery, co-mingling trust assets, impersonating as trustee of the trust for personal gain, undue influence, conflict of interest, breach of trust, constructive trust for wrongfully retaining, secreting and/or appropriating trust assets and perjury." The trial court issued a statement of decision concluding that Steven had produced credible evidence that he had spent $71,000 for legitimate trust purposes.

The Court of Appeal of California reviewed Steven’s claim that the trial court applied the wrong legal standard, when determining whether he violated his duties as trustee.

However, the judge did note that after the settlor's death, the beneficiaries have standing to assert a breach of the fiduciary duty the trustee owed to the settlor, to the extent that breach harmed the beneficiaries, and that the trustee's conduct can be attacked for fraud or bad faith. Therefore, Michael had standing to bring claims against Steven for his alleged breach of his duty to Mildred, while she was alive.

As a result, Judge Needham said he inferred that the court found Steven liable based on a breach of his duties to his mother as settlor of the Trust, which was supported by substantial evidence. The court found that Steven was not credible when he testified about expenditures for which he was claiming an offset, which included payments made on a property after it was sold, the down payment to purchase the same property, and the cost of building out his own office.

The judgment was affirmed.