« OK, Do I Claim My Social Security Benefits Now? | Main | Can I Put That In My IRA/Qualified Plan? »

Should You Be Concern About Your Social Security? 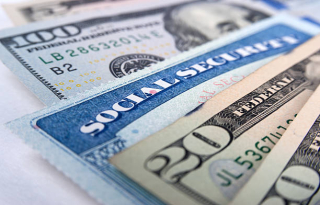 A recent Gallup poll found that 51% of pre-retirement American adults age 50 to 64 are very concerned about the Social Security system.

On the other hand, as reported in Think Advisor’s article, “Older Pre-Retirees Worry a Lot About Social Security: Gallup,” just a third of young adults expressed a great deal of concern about the system.

Gallup conducted telephone interviews in March with a sample of about 1,000 adults living in all 50 states and DC. The data showed that 44% of Americans worry a “great deal” about Social Security, 28% worry a “fair amount,” 17% “only a little” and 10% “not at all.” Social Security ranked in the middle of a list of 15 issues or social problems the respondents were asked to rate in the poll. The survey participants said they were most worried about the availability and affordability of healthcare.

Gallup says the percentage of older pre-retirees in the survey who worried a great deal about the Social Security system, had decreased from the 59% record highs recorded in the three-year rolling averages for 2009 to 2011 and 2011 to 2013.

Younger adults in the survey also recorded slightly lower averages than in recent years, and 11 percentage points lower from 2007. Concern about Social Security has also subsided with retirement-aged Americans. Roughly 46% express a great deal of worry—down from an average of 56% for 2010 to 2012.

For respondents in the 30-to-49 age bracket, the percentage expressing a lot of concern about Social Security has remained steady in the range of 46% to 52% since 2005, according to Gallup. In the current poll, 49% said they worried a great deal.

It’s no surprise that majorities of Americans with annual incomes of $30,000 or less have consistently reported a great deal of concern about the Social Security system since 2005. That peaked at 62% as the average for 2009 to 2011. The current 53% who worried a great deal is about the same as the low recorded in the 2007 to 2009 average.

Although Americans’ level of worry about Social Security has lessened, perhaps they ought to be worrying more. Gallup said that no politician wants to tackle changes to Social Security to ensure that it continues to provide benefits. Efforts by both the Bush and Obama administrations were not successful. The program’s financial solvency has long-term sustainability challenges, that does need to be addressed.