« Can I Draft My Own Will? | Main | What Does the Tax Cuts and Jobs Act Mean for My Estate Plan? »

What Are The New Rules for Veteran's Benefits? 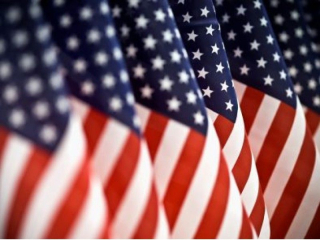 Veterans rejected for disability benefits will have new options for appeals. This is because federal officials are implementing an overhaul of the review process, with the objective of significantly reducing wait times for complicated cases.

The Department of Veterans Affairs announced last month that it will implement new appeals modernization rules starting in mid-February. The changes have been in the works for more than 18 months since lawmakers passed sweeping reform legislation on the topic in the summer of 2017.

Veterans will now be provided with three streamlined options for their benefits appeals, reports the Military Times in the article “VA’s benefits appeals process will see a dramatic changeover next month.”

The VA is now hoping that the most difficult reviews can still be finished in less than a year in most cases. The target for cases that don’t go before the Board of Veterans Appeals is an average of about four months for a final decision.

A successful appeal can result in thousands of dollars in monthly benefits payouts for veterans who’ve previously been turned down, for what they believe are service-connected injuries and illnesses.

“(This) is the most significant reform in veterans’ appeals processing in a generation and promises to improve the timeliness and accuracy of decisions for our nation's veterans,” said House Veterans’ Affairs Committee Chairman Mark Takano, D-Calif.

Veterans groups primarily support the appeals changes, but some have expressed concerns about the new system limiting veterans’ options for future reviews, in favor of getting faster resolutions.

Parts of the new process were implemented as pilot programs at select sites in recent months. In the past, the cases involved a combination of all three options, with cases, reset and repeating steps with every new submission of case evidence.

With the first of the three new appeals processes, veterans can file a supplemental claim where they introduce new evidence in support of their case. The appeal is handled by specialists at a regional office, who make a final decision.

The second option allows veterans to request their cases be reviewed by a senior claim adjudicator, instead of the regional office. Those reviews are for clear errors or mistaken interpretations of a statute. If they find mistakes, they can require corrections for the cases.

The third option allows veterans to appeal directly to the Board of Veterans’ Appeals. Those cases are anticipated to take the longest to process, due to the legal prep work. Veterans can obtain a direct decision or request a hearing before the board.

Veterans with cases currently pending in the system can opt to go with the new processes or stay with the current system if they think it will be better for them.