« What Does the Tax Cuts and Jobs Act Mean for My Estate Plan? | Main | Am I Too Young to Start Thinking About Estate Planning?! »

Why is This the Golden Age of Tax-Free Gift Giving? 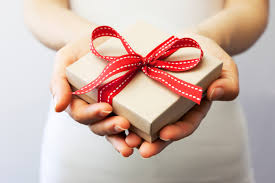 There's a time limit on this opportunity for tax-free giving. It expires after the tax year 2025 (unless Congress alters the expiration date). The sooner you exploit this, the more you can give—plus, the more you give away, the smaller your estate gets. It means there is less chance that your estate will have to write a check to the IRS.

The Street’s recent article, “This Is the Golden Age of Tax-Free Gift Giving,” says the federal government has taxed estates since 1924, and as recently as 2001, the threshold when taxes kicked in was $675,000. This exemption level from taxation has been increased ever since. However, a big increase came from the Tax Cuts and Jobs Act, which took effect in 2018. The Act doubled the exemption level and indexed it to inflation. Anything above the new limits is taxed at 40%. It’s $11.4 million for singles and $22.8 million for married couples in 2019.

Although the exemption for estates is sky-high for now, it never hurts to reduce your estate with gifts to your loved ones. While this is nice for them, it’s also good just-in-case planning. If you were to die in 2026, just after President Elizabeth Warren lowers the exemption to $100,000, your heirs would be pretty upset and would see some hefty estate taxes. However, right now, a spouse can get the entire estate tax-free, regardless of its size. Inheritances are also generally not taxable income for beneficiaries. There’s also the portability of the exemption level between spouses.

As far as the "annual exclusion," the tax-free gift you can give amounts to $15,000. While you can't carry over an unused portion to the next year, there is a multiplier effect for couples with several beneficiaries. For example, both spouses could each give the maximum to a child, or $30,000 total. In addition, they could then do the same thing for the child's own spouse, for another $30,000.

A smart gifting strategy is to place the gift in a trust, so the funds are protected from the beneficiary's creditors (even a former spouse). The givers can also maintain some control over the uses of the money.

For the very generous, the donor could put the proceeds into a "donor" trust (also known as a "grantor" trust), where he or she is responsible for any taxes on income that the gift generates.

Reference: The Street (February 7, 2019) “This Is the Golden Age of Tax-Free Gift Giving”