Executor Seeks to Resign from Role in Texas Lawyer’s Estate 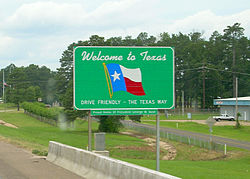 “Treece's bid to quit as executor of the O'Quinn estate comes two months after he settled a lawsuit with the foundation that alleged he had treated the estate as a "personal slush fund."

When the famous Texas attorney John O’Quinn died in 2009, he had over 1,200 automobiles—but no children and no heirs.

Treece, vice president and associate dean of advocacy at the South Texas College of Law in Houston, informed the court that he wants to resign, despite that fact the administration of O'Quinn's estate is not finished, and there are the outstanding claims still pending, due to litigation.

The details of the April 6 settlement, which followed a one-day mediation, are confidential. But on June 6, the John M. O'Quinn Foundation filed an application with Houston Probate Court Judge Mike Wood to appoint J. Cary Gray, the managing partner of Gray, Reed & McGraw in Houston, as his successor.

The foundation contended that it’s necessary to appoint a successor to Treece to serve as successor independent administrator, "because claims against the decedent's estate remain and all of the assets in the decedent's estate have not been distributed." In addition, the foundation said that the alternate executors in O'Quinn's estate, both declined to serve as Treece's successor. One of them is the president of the board of trustees of the foundation, and the other is Bank of America.

Treece is asking for a "full judicial discharge" from all liability for all of the actions that he’s taken as executor. In his application to resign as executor, he noted that this would include all fiduciary fees. He also asked the judge to have the estate cover his attorney's fees and expenses relating to any litigation related to the estate. This would cover a lawsuit filed by O'Quinn's longtime companion against a funeral home seeking to get O'Quinn's body returned to Texas from Louisiana.