Bling from Zsa Zsa Gabor’s Estate Up for Auction

“Some 1,000 luxury items from the Hollywood mansion of 1950s Hungarian hottie Zsa Gabor will go on the auction block next month, including the gilt, four-poster bed she shared with husbands six through nine.”

The New York Post reports in its recent article, “Zsa Gabor estate auction includes bling, four-poster bed,” that rhinestone-beaded gowns, costume jewelry, feather boas, and gold-plated candelabras are up for auction from the estate of Zsa Gabor. She died in 2016 at age 99. 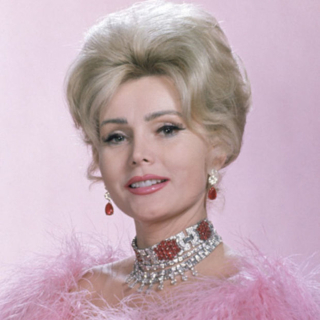 An estate sale, also known as a “tag sale” in some parts of the country, is used to liquidate the belongings of an estate.

The auction will include an English saddle that was given to Gabor by her friend Ronald Reagan and the dining table at which she entertained Frank Sinatra, Sammy Davis Jr. and Tony Curtis. Heritage Auctions will auction off everything at the mansion itself on April 14, but they’ll also take online bids.

“What I love most is the necklace that says ‘Dah-ling,’” in rhinestones, Margaret Barrett said of the goodies.

“It’s fun because that was her catchphrase,” she muses.

The California driver’s license that Zsa failed to produce during a 1989 traffic stop is also up for auction. She was convicted, if you recall, at age 72, of slapping a Los Angeles patrolman.

However, as the story says, even as she stumbled from her Rolls-Royce on that day—with a flask of Jack Daniels in the front seat—she looked marvelous.

“I don’t think she ever left the house, unless she was fully dolled up,” said Heritage Auctions consignment director Margaret Barrett.

“I would just call her classic Hollywood glamour,” she added of the famous-for-being-famous star.

“If you look at the evening gowns she wore on the red carpet, they all had huge bows and ruffles. More was more for her.”

Bluegrass Legend’s Historic Home to be Sold by Estate 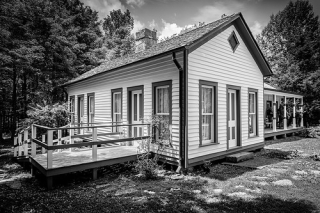 “The Kentucky property where Bill Monroe laid the foundation for bluegrass music, the genre he pioneered, is for sale.”

Bill Monroe lost both of his parents by the time he was 16. His uncle, Pendleton Vandiver then took care of him. For two years in the late 1920s, Monroe lived at Vandiver's small cabin in Rosine, Kentucky. That’s where he learned fiddle tunes from his “Uncle Pen" and perfected his timing while backing him on mandolin.

USA Today describes Monroe’s life and what his estate is now doing after his death in the article entitled “Bill Monroe estate to sell historic property.”

That cabin went to the bank when Vandiver died. Bill Monroe's son, James, bought the property in 1973 as a gift for his father. James also built another cabin using some of the salvaged logs from the original home. But James says that it's now time to pass it along to a new owner.

"We've got so much stuff that he left. We can't take care of it all."

This is the second sale of pieces from the Bill Monroe estate in less than a year. Last summer, Monroe’s fans and collectors purchased more than 1,000 items at an estate sale in Gallatin.

The property's eBay page currently lists an asking price of $550,000. Monroe’s cabin is on 2½ acres of land overlooking Rosine, Kentucky.  It is about 110 miles north of Nashville, but within walking distance from the cemetery where Monroe, who died in 1996, and Vandiver are buried.

Monroe’s cabin currently welcomes tourists from May to October, but there’s no indication what might happen with new owners regarding whether they might want to keep the cabin as a tourist attraction.

The purchase of the property also comes with name, merchandising and image rights to Pendleton Vandiver as well as several items in the home. That includes one of Monroe's Stetson hats and a BMI award for his classic song "Uncle Pen"—a song that’s been covered countless times by artists ranging from Ricky Skaggs to Phish.

James Monroe also said that the estate is selling a fiddle that was purchased by Monroe and used as a backup instrument by members of his Blue Grass Boys band, which included Bluegrass Hall of Famer Kenny Baker. The tuning keys from his prized Gibson F-5 mandolin will also be placed up for sale.