In 2009, Nevada enacted legislation to allow a company to act as a trustee for family trusts, if the company doesn’t market its services to the public.

FTCs are particularly useful in managing the type of assets put into a trust by creators of great wealth. Trusts with controlling interests in businesses put the trustee in control of the business, and they’re potentially liable for business activity. They also manage assets like private equity interests, hedge funds and real estate. FTCs are particularly well-suited for management of interests in regulated businesses, like gaming establishments for which the trustee could itself be subject to regulatory oversight because of its degree of control of the business. Many institutional trustees may not want to be trustee of trusts holding these types of assets. Others will accept these types of assets but charge high fees.

The FTC lets the family and its employees manage the family assets. An FTC is a company that has officers and directors and can employ both family members and outside experts to manage the assets in trust. Compared to an institutional trust company with a profit motive, the FTC just serves the family and doesn’t generate fees beyond its expenses.

FTC ownership structure varies with each family. Some will have the owner of the FTC be an LLC that is itself owned either outright by a family member or by a trust specifically designed to own the FTC during the entirety of its existence.

The FTC can be involved with inter-family financial transactions. These involve a variety of financial transactions between and among the FTC, the family trusts it administers, family members and family affiliates that could be prohibited as a conflict of interest for an institutional trustee. Privacy and confidentiality are important.

An FTC can also ask the court to order that a variety of documents be sealed from the public record, including inventories, listing of accounts, fiduciary statements and other documents related to its activities.

The FTC provides a situation where each generation can learn about the family businesses that led to the creation of the fortune within a family culture. It can provide a place for generations of family members to go to work—and that work is for the family’s benefit.

Use an IRA to Help the Grandkids 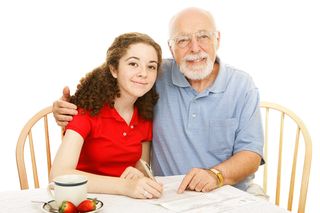 In the midst of summer, teens and college students are typically working summer jobs.

Kiplinger Retirement Report explains in a recent article, “Seed a Roth IRA for Your Grandkids,” that the income they earn, can give their grandparents a chance to help them build a nest egg. Grandparents can contribute to a Roth IRA on their grandkids' behalf.

Your grandchildren can later use the funds in these accounts for expenses like purchasing a home or building tax-free retirement income.

Another result of this gesture is to teach your grandchild the value of saving from a young age. As an illustration, if you were to contribute $2,000 a year over four years beginning when a grandchild is 15—with a modest 6% annual rate of return—those contributions will grow to more than $143,000 by the time the grandchild is age 66.

If he or she has a summer job or works while attending school, a grandchild has most likely earned income to be able to contribute to a Roth IRA. That contribution can't be more than he or she earned during the year or the maximum of $5,500 (in 2017 per the IRS), whichever is less. One idea is to deposit the money into the account for your grandchild and let your grandson or granddaughter hang onto his or her earnings. If she was to earn $3,500 from a summer job, then she can use it to buy a car. If you give $3,500 to the grandchild, then that money can be contributed to the Roth IRA.

The contribution you make to your grandchild is considered a gift to the child, so be certain to arrange that with your other gifts for the year. A grandparent can give up to $14,000 per year per person, without having to file a gift tax return (or a total of $28,000 to one person from both grandparents).

You can also “pre-fund” an account. However, in the event your grandchild's job falls through or she earns less than was expected, you’ll need to make ensure the excess contribution and its earnings are withdrawn from the account before the next tax filing deadline.

Depending on state law, you will be able to maintain control of the money until the grandchild turns 18 or 21, and then the grandchild can use it however she wants.

Reference: Kiplinger Retirement Report (May 2017) “Seed a Roth IRA for Your Grandkids” 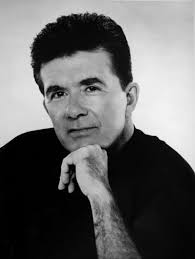 “Alan Thicke's widow is firing back at stepsons Brennan and Robin Thicke, asking a judge to reject their ‘unnecessary’ request for court intervention in their effort to divvy up his estate.”

Her attorney filed a motion to dismiss last week, calling the sons’ May petition for "instructions" on their dad's living trust, a misguided maneuver “premised on a make-believe contest where there is no real controversy."

The lawyer said Alan Thicke's widow Tanya Callau never challenged the trust and isn’t planning to formally challenge the prenuptial agreement she signed when she married him in 2005, as reported in The New York Daily News article, “Alan Thicke's widow seeks court order to stop stepson Robin from challenging actor's will.”

Callau's filing comes two months after Thicke’s sons started the fight by contending that she was trying to get more of the late actor's estate than she deserved. They made news by alleging that Callau "threatened" adverse "tabloid publicity", if they didn't agree to mediation and "succumb to her demands."

Robin and Brennan said they felt compelled to "honor the memory of their father, protect his legacy and to prevent his testamentary intentions from being undermined by (the) avarice and overreaching of his third wife…." The filing says that Thicke's aorta ruptured after developing a tear, the reason he collapsed while playing ice hockey with their younger brother Carter Thicke.

The sons are the trustees of Thicke's multimillion dollar estate. They say their dad made Callau the beneficiary of a $500,000 life insurance policy, and his union and death benefits. Thicke also left Callau all the furniture at their ranch and said she could continue to live there, if she maintained it at her own expense—with its four parcels held as a single property by the trust. Thicke said his wife would then receive a 40% share of the balance of his estate, with his three sons each receiving a 20% share.

Tanya claims there are several problems with the trust and the prenuptial agreement, the sons’ paperwork filed in Los Angeles County Superior Court said. The sons said the Bolivian-born actress claimed Thicke promised to leave her the ranch.

"Now that the co-trustees have had their chance to smear Tanya in the tabloids, whose only crime was loving Alan with everything she had for seventeen years, it is time to dismiss this petition," her filing said.

Thicke and Callau met in Miami in 1999 and were married 11 years, when he died. They signed a prenup four days before their wedding. Tanya didn’t have an attorney review the document. Her attorney claims the prenup is so poorly drafted that invalidating it would be “a foregone conclusion.” But Tanya won’t challenge its validity, her new filing said. Nonetheless, her motion cites several alleged deficiencies in the prenup. Her lawyer noted that the document states that Thicke and Callau had been discussing the agreement for "___" amount of time and left the line blank. The lawyer also said the document erred when it claimed the parties "acknowledged" California law dictated earnings from "personal services" after the marriage would be treated as separate property. But under state law, the earnings are community property. Callau's attorney criticized the document's mutual waiver of spousal support, calling it "clearly unconscionable given Alan's representation of net worth of approximately $20 million at the time."