Lottery Scams are on the Rise 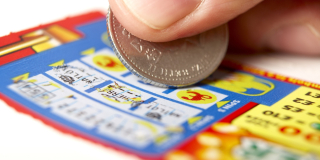 At first, you might think your prayers have been answered.

A recent woodtv.com article, “88-year-old nearly scammed by fake lottery, warns others,” tells the story of an elderly couple who love their home. Unfortunately, they are running out of money and may need to move. That’s why it was such a godsend when a letter came in the mail telling Betty that she’d won $4.5 million in a Madrid-based lottery.

The letter from Portugal arrived weeks after she’d mailed a different ball-related game of chance, a Pick Quick card that had come in a Publishers Clearing House mailing. She thought the letter was notification that her Pick Quick card was a winner.

But this was different. The letter from “The Mega Lottery Picker 2017” explained that she’d have to give 5% of her winnings to a “promotions company” and they offered to wire the money to her bank account. How convenient, Betty thought.

Fortunately, before calling the lottery company with her banking information, she first called an attorney who she was already scheduled to meet the next day to talk about the couple’s finances. Betty thought there was no need to meet because she was now rich. But the paralegal she spoke with at the law firm was suspicious and asked Betty not to call the “lottery.”

After investigating, the law firm saw that it was a scam, much to Betty’s disbelief.

This scam isn’t uncommon. For example, the federal government is now prosecuting several Jamaicans in a telemarketing lottery scheme that allegedly bilked around 100 Americans out of more than $5.7 million. Many of the victims were elderly. There’s no evidence the letter Betty received is linked to the Jamaican scam.

The Federal Trade Commission offers the following tips to recognize a scam and to avoid being scammed.