Am I Too Young to Start Thinking About Estate Planning?!

Am I Too Young to Start Thinking About Estate Planning? 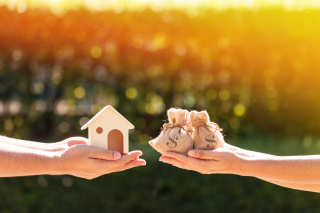 Many people believe they’re too young to begin thinking about estate planning. Others say they don’t have significant enough assets to make the process of planning worthwhile.

However, the truth is that everyone needs estate planning. If you have any assets, and you intend to give those assets to a loved one, you need to have a plan.

The first topic is a durable power of attorney for property, finances and health care. This document allows you to designate a trusted individual to make decisions and take action on your behalf with matters relating to each of the three areas above.

In addition to the importance of having all powers of attorney readily available, in case you become incapable of making decisions, beneficiary designations should also be looked at frequently to update any changes to family situations, like birth or adoption, death, marriage or divorce.

Another topic to address is a living trust. A trust will give direction regarding where and how the assets are dispersed when you die. A great reason to use a living trust is that the assets in a trust do not pass through probate court, which can be an expensive and time-consuming process.

If we fail to plan for these somewhat uncomfortable topics, the outcome will be stressful and expensive for our heirs.

Does Your State Impose an Inheritance Tax? “Using gifts during your lifetime to avoid the inheritance tax may be a smart idea, but it's not without possible risks.”

New Jersey doesn’t impose an inheritance tax on transfers to a parent, grandparent, spouse, domestic partner, child, step-child or grandchild. These are all Class "A" beneficiaries. However, an inheritance tax is imposed on transfers to a niece or nephew, who are considered Class "D" beneficiaries. The tax rate is about 15 or 16%, depending on the amount transferred.

An important point to remember is that all transfers made within three years of death, are presumed to be “in contemplation of death.” These transfers may also be subject to inheritance tax. In addition, transfers designed to take effect at or after death are included in a person's estate for inheritance tax purposes.

One way to get around some inheritance taxes is to gift funds to your relatives during your lifetime. You can make outright gifts or pay for a family member’s medical costs or educational expenses. Inheritance taxes can also be avoided with an irrevocable trust in some situations. With this type of trust, you must give up control and use of the assets placed in a trust.

An individual can make annual gifts of $14,000 per person without any gift taxes. If the annual gift exceeds $14,000, the excess amount will utilize a portion of the individual's estate and gift tax exemption of $5.49 million.

There is no limit on gifts used to pay for someone's medical or educational expenses, if payment goes directly to the medical provider or school.

What… My Taxes are Going Down? What Gives?

“Do you want proof that taxes can actually go down? In the last three years, nine states have eliminated or lowered their estate taxes, mostly by raising exemptions.”

There could be more reductions in the offing, as lawmakers in Minnesota recently raised the state's estate tax exemption to $2.1 million retroactive to January. That exemption will rise to $2.4 million next year. Similarly, Maryland is going to increase its $3 million exemption to $4 million in 2018. New Jersey's exemption of $675,000 per person increased to $2 million per person this past January.

In addition, Fox Business’s article, “Why More States Are Killing Death Taxes” reports that the Garden State will also totally eliminate its estate tax, making New Jersey one of about six others that have ended their estate taxes in the last ten years.

The tax-cutting trend stems from an intense competition between the states for affluent and wealthy taxpayers. Residents owe income taxes every year. However, there are those who are willing to move out-of-state to avoid death taxes. In addition, with the federal estate and gift tax exemption increasing to more than $5 million, states with death taxes really stick out.

There are two holdouts, Massachusetts and Oregon. These two are the only states with estate tax exemptions of $1 million or lower, compared to nine in 2009. The tax in both states will increase annually because neither adjusts for inflation. Some Massachusetts lawmakers are concerned about losing residents to other states because of its estate tax, a $400 million revenue generator last year. Massachusetts is looking at upping the exemption to half the federal level and maybe excluding the value of a residence.

It’s a different story in Oregon where efforts to raise the exemption have met with resistance in the legislature. The estate tax revenue of $200 million for the two-year cycle ending June 30 is 50% higher than forecast, which has been helped by strong housing and financial markets. Nevertheless, few people are expected to leave Oregon to avoid its estate tax.